The session began with a Keynote Presentation from Anthony Pipa who highlighted the role of developed economies in facilitating SDGs. He stressed the promotion of global governance. This might be at odds with the populist trends around the globe, but still, everyone should not conflate national interests with a zero-sum thinking. He mentioned that these issues are cross-territorial and cut across national borders. Another issue he commented on was that rather than running away from multilateral or letting it wither, the first response should be to improve it. The UN – reform agenda was approved by 130+ countries. While US is inflammatory these days, and putting out unilateral agenda, we should remind ourselves that US was at the forefront of this issue. He mentioned that OECD - undertaken by Development Assistance Committee – should recognize the responsibility of achieving SDGs within their boundaries. Most developing countries are struggling in organizing the government on national and sub-national levels. He discussed that it is important to promote awareness and discussion of SDGs. SDGs are multi-stakeholder and involve multiple levels of societies and governments. Mr. Pipa stressed that it should continue to be the DNA and lingua franca of development. It is also needed to align benchmarks and data, making sure they are comparable – so that we understand progress together. It is important to see the significance of ODAs in the coming years. ODA has been decreasing by 7% from 2010 to 2015.  It is also important to make universality meaningful. It is crucial to focus on actions that make global contribution. He concluded by mentioning that it is important to create platforms that have transparency, trusted relationships and humility.

Advancing the SDGs successfully requires a level of transparency, use of data, trusted relationships back and forth, honesty, and humility from the developed countries. 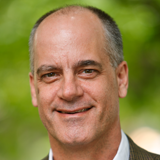 The moderator Björn Gillsäter highlighted the importance of private sector involvement. He stressed that deregulation of enterprise and skills building of the private sector will be pivotal. It is important to improve business rankings and environment.

Mr. Shafiqul Azam highlighted that Bangladesh did well in achieving MDGs. The secret was integrating the goals into five-year plans. The government has taken initiative to implement it. It has planned to work with NGOs, private sector and media by approaching it from a whole-society perspective. To achieve the SDGs, $928 billion will be needed. The source of financing will be: Private sector (43%), Public (35%), PPP (5.59%), NGOs (1.41%) and Foreign (15%). Out of the 15%, 10% will come from FDI and the remainder 5% will be ODA (grants and loans). Bangladesh will be graduated soon so it will no longer be receiving conditional funding.

Mr. Frank Wolak stressed on the role of developed countries. He said that the developing countries should focus on developing electric grids, rather than stringent carbon emissions limits. They should develop ways for citizens to pay for the energy they consume. They should also focus on viable business models like repeat sales, warranties, developing customers. He also said that it is important to set appropriate expectations for returns to investors. He concluded by saying that it is important to look into the role of rural electric cooperatives.

In terms of energy in the developing country context it is important to have transparent subsidies and make people pay for what they use, even if it is less than what it costs to serve. 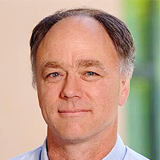 Mr. Ronak Desai highlighted that the link between the rule of law and development is not always obvious. UNDP estimates 4 billion people live without legal protection. In addition, the legal system is often a threat to individuals. Underlying all of the SDGs is somehow a failure of the rule of law. He said that rule of law initiatives are frequently left out from the funding provided by the developed world.

If we look at all the other SDG targets, underlying all of them, in some ways, is the failure of the legal system and the rule of law. If you have the world’s most vulnerable citizens unable to exercise their rights no amount of development will improve their circumstances. 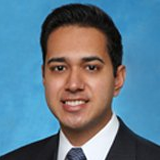 Ms. Sundaa Bridgett-Jones expressed that SDGs need to be considered in terms of the developed world. She said that she grew up in Philadelphia where 26% of the population is living below the poverty line. Rockefeller has been trying to be a convener of these goals. She said that philanthropic risk capital can bring together many pieces to share the achievement of the SDGs. She concluded by saying that it is crucial to find innovative financial actions and to mobilize capital.

In the intra panel session, when it was asked whether there would be developing world centric solutions to developing world problems, Mr. Wolak answered that this is true and that he is against the notion that one-size fits all. Mr. Pipa highlighted that there are opportunities for regional cooperation and that one of them is going below federal governments to the local level.