Amid heatwaves and floods, time is running out for rich nations to fulfil climate pledges and avert catastrophe 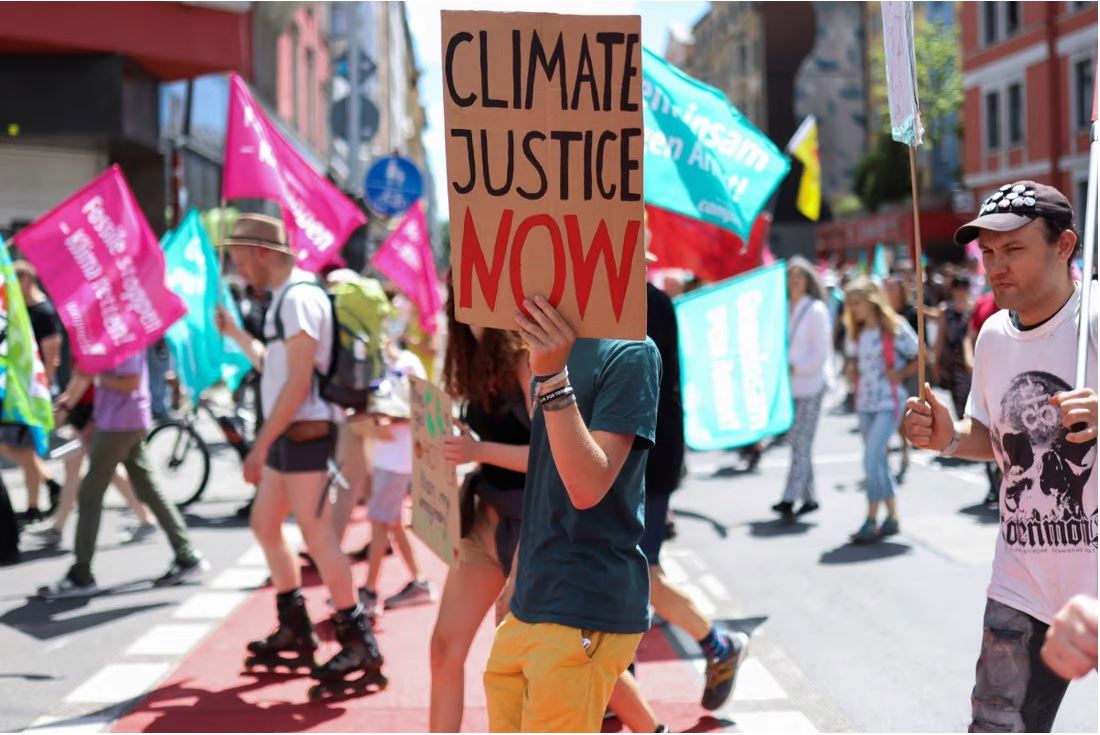 As host of the Group of 7 leaders’ meeting in the Bavarian Alps, German Chancellor Olaf Scholz underscored the importance of having a “climate club” for countries to come together in tackling climate change.

Protesters have been demonstrating in Munich and calling on the G7 economies to take greater action against climate change. According to the World Meteorological Organization, the past seven years have been the warmest on record. Global sea levels have continued to rise amid constant ocean heating and acidification.

Southern China has experienced record-breaking floods this month, and hundreds of thousands of people have been evacuated. In contrast, provinces in northern and central China are dealing with an extreme heatwave.

Exceptional temperatures have been observed across the globe, with brutal heatwaves in Europe. Similarly, Australia has witnessed extreme weather events, including storms, droughts, catastrophic bush fires, heatwaves and floods. Populations across parts of India and Bangladesh are facing intense floods and landslides, leaving more than 100 dead and multiple communities devastated.

Climate experts have warned that South Asia’s most exposed populations might have to live with more volatile and longer spells of destruction as patterns of monsoon and severe weather change become more the norm than an exception.

The Paris Agreement unified nearly all nations in agreeing to cut greenhouse gas emissions which are leading to global warming. At last year’s UN climate change conference, one crucial debate was about whether nations are actually fulfilling their commitments made in Paris.

The Glasgow Climate Pact was a product of discussions among nearly 200 nations. Important steps were discussed, but the collective political will was not enough to tackle profound contradictions.

Reductions in overall greenhouse-gas emissions are still far from where they need to be to ensure a habitable climate and look after the most vulnerable nations, such as Bangladesh and the Maldives, which are greatly affected by climate change.

The idea to “phase down” coal was pushed by India and China, ultimately watering down one aspect of the final pact. Furthermore, Australia’s decision to back coal was an early blow to discussions at the conference along with its refusal to strengthen its 2030 emissions targets.

However, the term “coal” was used in a UN climate change conference text for the first time. There was dissatisfaction that the phrase “phase out” was altered to “phase down”, but there was a pledge to phase out wasteful fossil fuel subsidies.

The conference did yield novel building blocks to develop and execute the Paris Agreement through more sustainable action and advancing along the path to a low-carbon world.

China ranks first in total greenhouse-gas emissions, and India is on its way to joining it at the top. Both nations are also very vulnerable to air pollution. For China and India, coal signifies energy security and sovereignty, making it more than an engine of economic development.

In comparison, Bangladesh produces a mere 0.56 per cent of global emissions yet is seventh on the list of countries most vulnerable to climate devastation. By 2050, one in seven people in Bangladesh is forecast to have been displaced because of climate change.

The country is expected to lose about 11 per cent of its land by then, amid a 50cm rise in sea levels, with up to 18 million people forced to relocate. Progress in poverty alleviation and health in Bangladesh and elsewhere risk being wiped out by climate change.

The Paris Agreement reaffirmed a promise that was made in 2009 that the richest nations should provide US$100 billion by 2020 to help developing countries deal with the effects of climate change and grow sustainably. A UN report said the objective cannot be achieved until 2023.

To reduce global warming to 1.5 degrees Celsius, carbon dioxide emissions have to hit net zero by 2050. This can only happen when every country joins these collaborative efforts.

With the current energy crisis and rising global greenhouse-gas emissions, stakes are high for the next UN climate change conference, to be held in Egypt in November. The need of the hour is to scale up efforts to limit global warming to 1.5 degrees, pledge more action and seek to do better than what we have in the past.

Even with the commitments made at the Glasgow conference, and before it, people everywhere will continue to feel the impact of a changing planet. Instead of protecting jobs in carbon-emitting industries, the world needs to move towards economic diversification and the creation of green jobs for a just and sustainable transition.

The goal is to cultivate a climate-neutral planet by mid-century. To help billions of people, instead of letting temperatures rise by up to 2 degrees, the goal should be to keep the increase to no more than 1.5 degrees.

Some 130 countries have also pledged to conserve natural habitats and end deforestation by 2030. This will require robust implementation of environmental safeguards.

However, with economic development and domestic politics still taking priority for many, existing plans have been slow to move forward; many are still “under consideration”. And, according to independent estimates, the current array of climate policies is nowhere near enough to meet the Paris Agreement goals.

As we hesitate and delay, time is running out for the global community to turn its rhetoric into action. In the meantime, the ice keeps melting, sea levels rise – threatening nations’ survival – and temperatures go on rising, with heatwaves devastating life and property. There is nowhere to hide from water and fire.

You are in: Home / Uncatagories / Amid heatwaves and floods, time is running out for rich nations to fulfil climate pledges and avert catastrophe