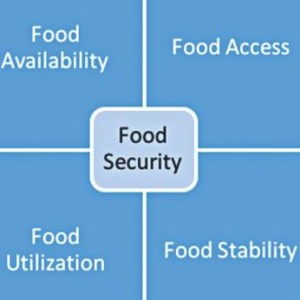 Bangladesh is among the most precarious and unpredictable countries due to climate risks (Bangladesh Country Study, 2013). It is regularly stricken by annual flooding, or shortage of water during dry seasons; it frequently suffers from cyclones, storm surges, along with changing groundwater aquifer situations. Most of the land mass comprises of floodplains, and up to 30 percent of the country experiences annual flooding during the monsoon season, while 60 percent of the country is susceptible to extreme floods (UNESCAP, 2013).

The national growth and poverty reduction policies and strategies need to integrate and expand efficient adaptation measures for a sustainable growth pathway. At the local level, the communities in the vulnerable parts of the country need coping mechanisms to adjust to adverse climate hazards. In addition to the current strategies and policies addressing this urgent issue, innovative, unique, and contextual adaptive measures need to be devised.

Among the numerous potential unfavourable outcomes of climate change, the risks posed to the agriculture sector and food industry are among the most disruptive to the health of the citizens, to the economy, and growth in Bangladesh. Agriculture comprises a vital economic sector in Bangladesh, amounting for nearly 20 percent of the GDP and 65 percent of the labour force (World Bank, 2010). The performance of this sector has significant effect on economic growth, trade balance, budgetary position of the government, the intensity and patterns of poverty and malnourishment in the country. Furthermore, agriculture sector is the contingent source of income and employment for most of the poverty-stricken rural residents.

The achievement of food self-sufficiency continues to be a key development agenda for the country. The UN Sustainable Development Goal 2 aims to “end hunger, achieve food security and improved nutrition, and promote sustainable agriculture.” The contemporary challenge for Bangladesh is to improve productivity, especially as demand for food increases with the growing population, and improved incomes, whereas, climate conditions are depleting. On the other hand, overuse, decline and changes in resource quality place further pressures on the scarce land and water resources.

Climate change poses crucial impediments to sustainable development for Bangladesh. Sea level rise due to climate change could engulf 17 percent of the land area in Bangladesh by 2050, diminishing cultivatable areas and causing 35 million people to be landless (Ismail, 2016).

“Food system” typically describes all the elements of manufacturing, processing, transporting, selling, storing, and consuming food. To be precise, food system encompasses particular actions, resources, and structure that collectively influence the level of food security within a region or community.

There are four elements of food security, namely – food availability (manufacture and delivery), food access (affordability, distribution, and preference), food utilisation (dietary value, social value, and food safety), and food stability (government food security strategies) (World Food Program, 2016; Anik et al. 2012). One of the most damaging effects of diminishing food security is that the worst impact of the cascade of risks is borne by the most vulnerable groups of the population. The poorest segment of the population, who spend the largest share of income on food, are likely to be worst affected by any crisis in food availability.

Agricultural production is anticipated to be extensively harmed by the rapid expanse of soil salinity that arose from sea levels rising, tidal flooding, and intensifying storm gushes. More than half the area of Bangladesh is barely five meters above sea level, posing ominous threats to its coastal population. According to scientists, sea levels could soar 50 to 130 cm by the year 2100 (Ismail, 2016). Despite the most effective measures, for example, the execution of the 2015 Paris Agreement, sea levels are predicted to surge by 20 to 60 cm by 2100.

Food security will take a dark plunge because 30 percent of cultivable land is located in coastal areas. A study by the World Bank has suggested that increased soil salinity will lead to a 15.6 percent wane in the harvest of high-yield rice. It can potentially lead to a shortage of irrigation water for farming during the dry season and depleted source of revenue for farmers (World Bank, 2010).

Agriculture in Bangladesh is largely dependent on weather. One cyclone may destroy a significant volume of the seasonal harvest. Cyclone Sidr destroyed nearly 95 percent crops in coastal districts when it crashed into Bangladesh in 2007 (ADB, 2013). Food security will be immensely jeopardised due to frequent and intensified extreme weather incidents resulting from climate change.

Smallholding farmers’ sustenance of will suffer detrimental repercussions of the increasingly recurrent aridity due to decreased rainfall. For instance, the drought of 1994-95 led to a decline in the production of grains by about 3.5 million tonnes and led Bangladesh to import a substantial quantity of rice and wheat (Ismail, 2016).

The government and citizens of Bangladesh have had to cope with risks of floods, famines, and cyclones for generations. Most recently, Bangladesh Climate Change Strategy and Action Plan (BCCSAP) 2009 has been implemented, which adds to the country’s long list of climate sensitive interventions by modes of contemporary and effective policies, programmes, and projects. The BCCSAP is a 10-year programme (2009-2018) dedicated to building capacity and readiness of the systems to confront the aftermaths of climate change. In order to cope with the threats to food security, efforts have been concentrated on community-level adaptation, agricultural technological extension, surveillance systems installation to track patterns of weather, pests and diseases, and sanitation program implementation (BCCSAP, 2009).

Nevertheless, the BCCSAP is yet to update its endeavours for a comprehensive disaster management system to mitigate the problems of food security. Research and development needs to focus on low-cost, high-efficiency, and easily adaptable systems for the rural and uneducated vulnerable farmers.

A new scientific system has been formulated recently, which could simultaneously introduce a new path for strengthened agricultural production and provide financial safeguard for all farmers. Rural areas that were previously deemed uninsurable are able to reap benefits from new satellite technology and data analysis that help avoid the conventional traps of high transaction costs.

In 2013, Asian Development Bank (ADB) inaugurated a USD 2.5 million experimental program to introduce crop insurance to Bangladeshi farmers. The programme – supported by the Japan Fund for Poverty Reduction with additional finance from the Japan Aerospace Exploration Agency and the Bangladesh government – will design and carry out the trial of WIBCI aimed at the small and destitute farmers who are at the most danger of losing everything to hostile environmental factors. The insurance would enable a farmer to retrieve remuneration from the insurer when calamities occur, for instance when a cyclone or tropical storm in a region reaches certain enormity or when rainfall shifts from a specified range. This form of safeguard would enable farmers to plan and save for long term despite their harvests being capriciously destroyed by tumultuous weather. 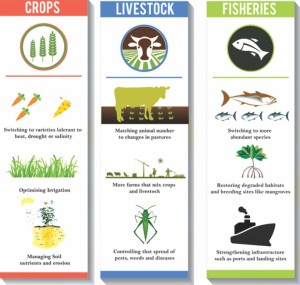 One of the major constrains in Bangladesh agriculture sector is the lack of grain storage systems. This constraint causes farmers immense difficulties in restoring their livelihoods after a natural disaster. Most farmers do not have access to proper storage facilities and hence, they trade their entire harvest in bulk, leaving none for selling or consumption during disastrous times. Currently, grain storage capacity provided by the Bangladesh Government is 1.62 million tons, provided mainly through conventional granaries and warehouses where the typical shelf-life of grain is less than 1 year (Ministry of Food, 2015).

These facilities do not have the amenities to control moisture and temperature properly and is plagued by ineffective grain management, leading to high annual losses as depreciation. The Ministry of Food (MoF) plans to enhance the grain storage capacity to 3 million tonnes by 2021. However, there is still a shortage of large-capacity, privately-owned storage; this is an area that can be turned into a source of investment for private-public partnership.

Poverty and food insecurity have recently been aggravated due to the interwoven crises of food, environmental, and financial factors, predominantly in the emerging nations. Over the last 5 years, global food prices have spiked, marginalising many from food consumption, and highlighting the deeper organisational weaknesses in the worldwide food production system. Moreover, in the last 40 years, the tools and agricultural procedures have triggered dilapidation of fertile land, enormous greenhouse gas (GHG) discharges, and widespread water pollution – all the factors that have jeopardised the viability of food production and access (World Economic and Social Survey, 2011).

Agriculture technology would have to be radically upgraded to facilitate implementation of land management standards and environmentally sustainable technologies to expand food production. Small scale farmers are at the core of the food security challenge – since almost 90 percent of food consumed in developing countries is locally produced. In Africa and East and South-East Asia, 40 percent of the agricultural workforce has limited access to land, credit, markets, and technology.

Bangladesh will face significant challenges in the near future in terms of climate change which will severely hamper the steady economic and industrial growth of the nation. As the country approaches towards its goals of sustainable development and steadily continues its successes in achieving the Millennium Development Goals (MDGs), finding effective solutions for climate change impact on food security is crucial. It is predicted that floods will be frequent, along with cyclones and droughts; these will harm the economy and the health of the citizens. Therefore, it is essential to revise the Climate Change Strategy and Action Plan to incorporate scientific, evidence-based, and need-based strategies into the system, to build resilience against food security challenges.

The writer is currently a Research Associate at the Institute for Policy, Advocacy, and Governance (IPAG). She can be reached at mitul.mahmud@ipag.org.

You are in: Home / Resources / Commentary / Climate change and food security