Mr. Syed Munir Khasru says the emergence of two multilateral development banks should lead to an opportunity to push the reform process forward

The annual meeting of the World Bank and the International Monetary Fund held in Lima, Peru earlier this month failed to come up with meaningful takeaways on the agenda of reform. Meanwhile, two new multilateral development banks, the Asian Infrastructure Investment Bank and the New Development Bank of the BRICS countries, mostly driven by China, have been rolled out. US Undersecretary of Treasury for International Affairs Nathan Sheets has acknowledged that the rise of both banks is a result of the failure of reform by the World Bank and IMF. While the developed countries continue to preach for institutional reforms in China and India, the World Bank and IMF themselves need substantial overhaul.

The Obama administration made a bid in 2010 for quota reform in the IMF with more voting share for developing nations, but it was foiled by the US Congress. At the Lima meeting, US Treasury Secretary Jack Lew called upon the US Congress to approve the quota reforms. The Bretton Woods institutions were devised when countries like China or India were ravaged by years of war and colonialism. The rise of these emerging economies has changed the state of play.

India, too, is also strongly supportive of reforms. In Lima, its finance minister Arun Jaitley pledged to press for reforms in the Bretton Woods.

Instead of driving a wedge between the older international order and the emerging economies, the Asian Infrastructure Investment Bank and the New Development Bank have opened up an opportunity for creating convergence. While the US has now wised up to accept the former’s presence, China has pledged to increase its contribution to the Bretton Woods institutions. 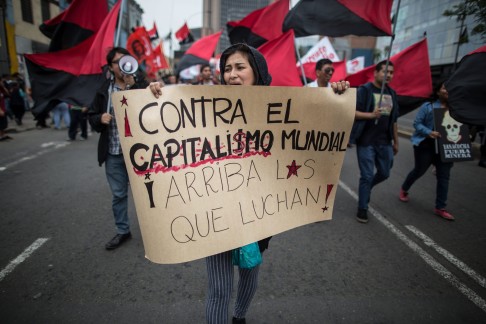 The formation of new banks does not obviate but reinforces the need for reform. The Bretton Woods institutions can benefit from a larger role of emerging economies. The proposed quota reform in the IMF will result, for example, in more financial contribution by emerging economies, boosting the fund’s ability to play a more effective role in the global economy. As the crisis-riddled advanced economies are not inclined to boost the size of capital of multilateral development banks, higher contribution from emerging economies can be a welcome addition.

Besides jumpstarting the reform process, the two sets of banks – old ones and newcomers – have opportunities to harness cooperation for mutual advantage.

One of the key planks of the organisational reform strategy of World Bank president Jim Yong Kim has been to cut the operational expenses, including retrenching staff.

The staff and overhead set-up of the Asian Infrastructure Investment Bank would be leaner than its older peers, and instead of one-off reform campaigns, Jin Liqun, the bank’s president-designate, promises that it will “go to the gym everyday”. The bank plans to extend loans without conditionalities like deregulation or privatisation, while promising to uphold environmental and governance standards. 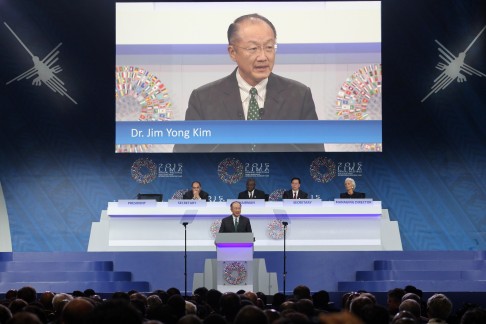 Against the poverty-reduction focus of the World Bank and the Asian Development Bank, the Asian Infrastructure Investment Bank will deploy its energy in developing infrastructure. The new multilateral development banks do not have any wild card or magic bullet and have to prove efficiency and impact in meeting the needs of developing countries.

Exclusion is a double-edged sword in the new world order, and mutual exclusion can feed into a race to the bottom for all sides. The existing global governance architecture could be sustained only through the inclusion of emerging economies, as advanced economies need to engage with the new institutions set up by their emerging counterparts.

The virtuous cycle of reform of the existing and cooperation with the new is the only way forward. Otherwise, there will be more multilateral development banks to emerge in the coming decades.