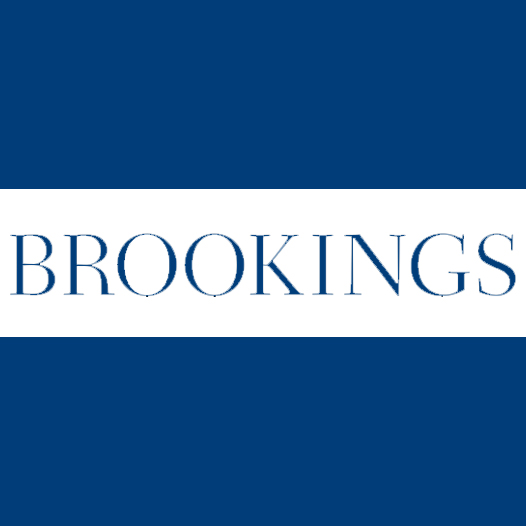 Climate change is creating an investment challenge. Although overhauling traditional energy systems, curtailing harmful industry practices, and scaling emerging technology can make economic sense, they often mean steep front-loaded costs. The United Nation’s Sustainable Development Goals (SDGs) are crafted to accelerate the flow of climate finance to developing countries, but, on the surface, it is unclear what new value they bring.

Unlike their Millennium Development Goals (MDGs) predecessor, the SDGs avoid core distinctions between developed and developing countries, opting instead for big-tent commitments that call on the entire international community. Climate finance targets in SDG 13—“take urgent action to combat climate change and its impacts”—are an exception. They call for specific levels of developed and developing country support, emphasizing the need to keep global temperatures in check by prescribing broad-based ways to integrate climate change into development strategies. On clean investment, SDG 13 reinforces a decision made at the United Nations Framework Convention on Climate Change (UNFCCC) to mobilize $100 billion annually by 2020 through the Green Climate Fund (GCF).

Businesses and financiers have taken a range of approaches to building profitable clean infrastructure, with varying results driven in part by the settings in which they operate. De-risking clean infrastructure and meeting up-front costs often require public incentives and lowered barriers, particularly in developing countries, so the policy context is critical.

Between 2010 and 2016, some $1.7 trillion was invested by private sourcesas they increasingly took over distressed public infrastructure assets in search of long-term returns. Meanwhile, developed economies have lagged in their commitments to dedicate public funds to mitigate and adapt to climate change. In addition to not being on pace to meet annual infrastructure investment targets in developing states, evidence of predatory loans far higher than the value being transferred, and exaggerations of climate change relevance raise questions about reported climate investment figures.

There are avenues to address these problems. The GCF could provide a global mechanism to steer private and public loans, grants and equity from developed countries toward adaptation and mitigation projects in developing countries. It has approved 54 projects with disbursements of about $1 billion but—as President Donald Trump’s reversal of U.S. commitments demonstrates—it is captive to prevailing political trends and uncertainties about its coffers and capabilities. SDG 13 fetes the GCF in part as a response to this reality, and in doing so seeks to redouble the message that developed countries are on the hook to provide finance that fosters sustainable transitions in the developing world.

Clear messaging about goals, specific targets, and consistent progress reviews are the main instruments for solidifying country-level accountability toward the SDGs. By signing onto the SDGs, the vast majority of the international community has committed to 17 goals and 169 targets. However, there is no punitive action or significant international censure for those who shirk or renege. The SDGs and MDGs before them are only as powerful as their reputations, platforms, and the ability of their leaders to drive change. The SDGs—like nascent approaches at the UNFCCC—are based on doggedly negotiating goals and following up with years of diplomatic peer pressure from international and country-level champions. They will have material relevance to climate finance needs only if they foster levels of accountability commensurate with their goals.

HOW TO MAKE PROGRESS—MATCHMAKING, BANKABILITY, AND PUMP-PRIMING

Providing valuable platforms for multi-stakeholder engagement is a good place to start. The public-private partnerships that could drive climate finance and project development can benefit from international matchmaking. SDG convenings that bring business, financiers, and governments together can mobilize ambition, remind everyone of the stakes involved, the progress to date, and help to yield relationships that lead to action on the ground.

The most promising outcomes for such action will see private financial organizations, national development banks, and multilateral institutions work together to grow a pipeline of bankable projects. A myriad of innovative financial mechanisms exist to facilitate private capital flows that reduce risk through public sector support, inducements, and guarantees. Making such financial instruments and channels available and known to private funders and incentivizing them to steer funds toward climate mitigation and adaptation projects in developing countries is the challenge. The GCF is designed to do exactly that, and yet it currently teeters on the margins of global relevance as commitments materialize too slowly. In 2017, the world’s six largest multilateral development banks mobilized a record $35 billion in climate finance. Less than two years from its 2020 target of $100 billion in annual investment, it remains undercapitalized, with resources of just $10 billion as of May 2018.

Even if GCF goals are reached, they fall far short of the climate finance challenge – where estimates often exceed $1 trillion in annual need. Indeed, they should be viewed as monies that prime the pump for further investment. To the extent that leaders and advocates for meeting the SDGs focus on climate finance, they should do so in ways that take advantage of the strengths of their platform and support projects that will become self-sustaining, rather than repeating the lending and aid paradigms of past generations.

DG 13 reiterates commitments made in different parts of the vast landscape of international climate diplomacy, but like these arenas the SDGs can be rife with free-rider problems, and there are few consequences for countries that fall short. To add value, SDG 13 must message effectively, enhance accountability, and galvanize useful relationships.

In that it is no different from the other SDGs—it just focuses on existing rather than newcommitments. Its results will be a litmus test for the broader influence of the SDGs, and their capacity to drive difficult but essential development actions.

Avia Nahreen is the Senior Research Associate of the international think tank The Institute for Policy, Advocacy, and Governance (IPAG).

You are in: Home / Resources / Commentary / The sustainable development goals and climate finance: Catalytic agent or empty vessel?