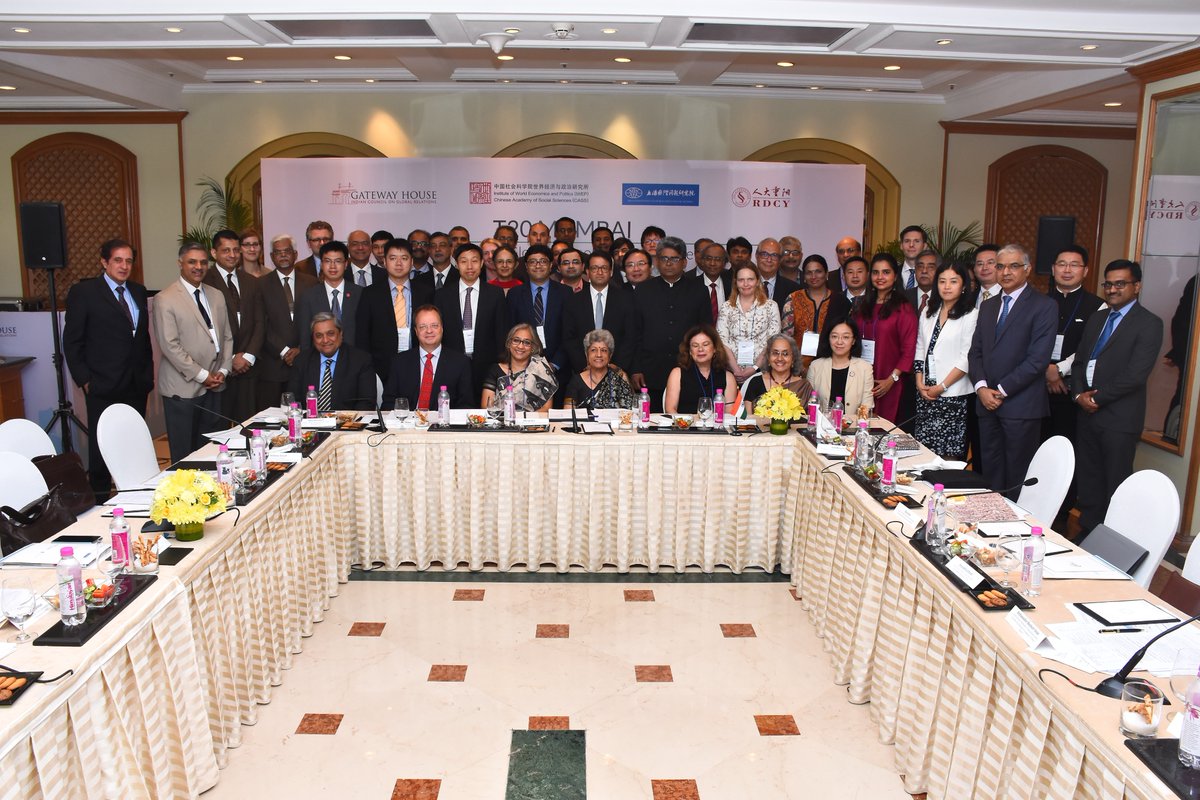 Gateway House, India in collaboration with India’s Ministry of External Affairs, and in partnership with China’s Institute for World Economics and Politics (China Academy of Social Sciences), Chongyang Institute of Financial Studies (Renmin University) and Shanghai Institute of International Studies, organized the G20’s consultative meeting with the leading think tanks in the conference titled “T20 meeting: Global Economic Governance”. The meeting was held in Mumbai on June 13, 2016.

China being the President of the G20 this year is hosting a number of meetings with governments (G20), business (B20), and think tanks (T20) around the world.  At G20 2016, the focus will be on innovating growth patterns, improving global economic and financial governance, boosting international trade and investment, and promoting inclusive and interconnected development. The T20 meeting was aimed to bring up ideas that will help achieve the vision for G20 in 2016.

Along with different scholars from think tanks, diplomats from G20 countries and government officials from India, Mr. Syed Munir Khasru (3rd from left in the picture), Chairman of IPAG also attended the T20 meeting.