After four years of Trump’s ‘America first’, Biden must pivot back to Asia 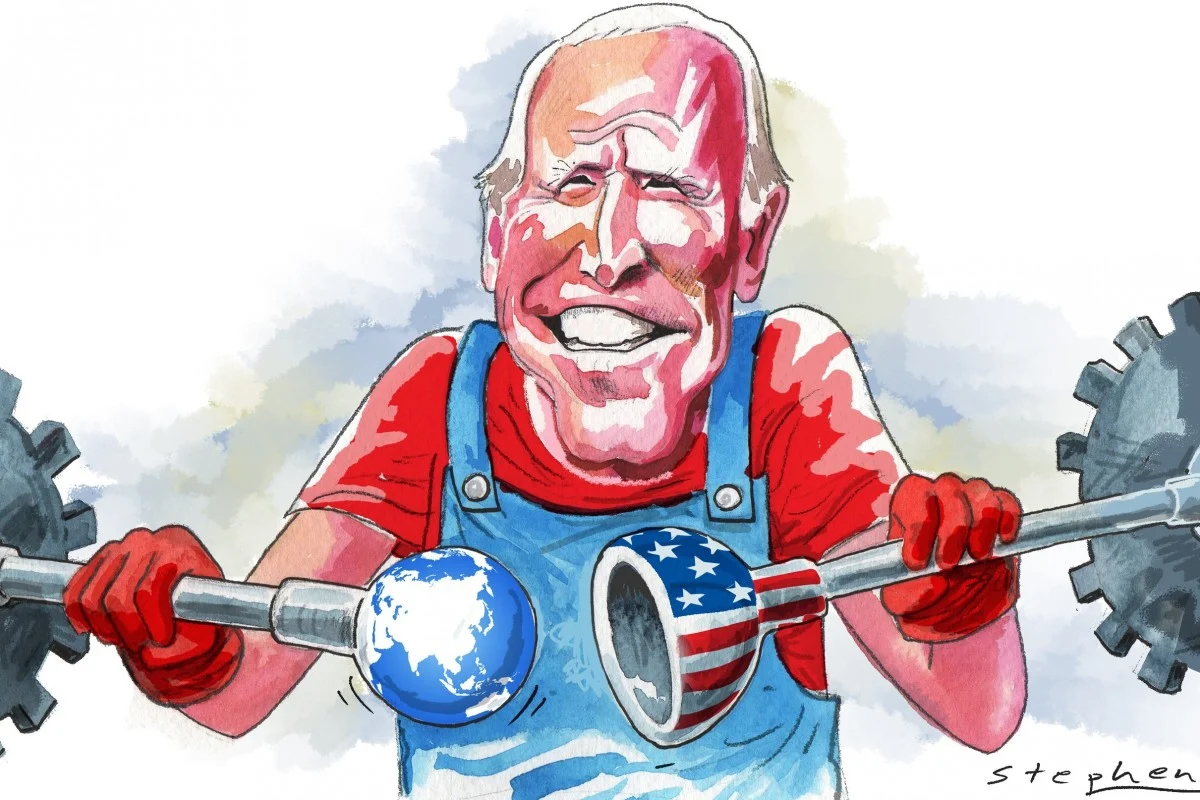 The pivot to Asia, initiated by then US president Barack Obama, was expected to be a harbinger of a new era of cooperation between the United States and Asia. But, with Donald Trump in the Oval office, that strategy was pushed aside to make room for an Indo-Pacific alliance.

This “Quad”, made up of the US plus three regional allies – Australia, Japan and India – was seen by many as more of a bulwark against an increasingly assertive China than a way of bringing a greater number of Asian nations into the fold of a US-led economic and strategic alliance.

As Asia continues its upwards trajectory, seeking to surpass Europe not only in economic terms, but also in strategic importance, a key challenge for Joe Biden’s administration will be to recover lost ground, which will require both sides to reconnect and reboot relations.

The pivot to Asia was intended to promote a number of collaborations, from tackling the impact of climate change to propping up US-led regional security, with a key focus being economic growth through open markets that create greater opportunities for trade and investment.

The signing of the Trans-Pacific Partnership charted a path to reducing the signatories’ dependence on Chinese trade and to forge stronger ties with the US as a geopolitical counterweight to China’s regional aspirations.

Trump’s withdrawal from the TPP in 2017, driven by his “America first” policy, created a leadership void in the region that led to the creation in 2018 of the Comprehensive and Progressive Agreement for Trans-Pacific Partnership (CPTPP), involving Australia, Brunei, Canada, Chile, Japan, Malaysia, Mexico, New Zealand, Peru, Singapore and Vietnam.

As China continued on its path to regional dominance, the Trump administration strengthened the Indo-Pacific strategy. This year saw all four members of the Quad taking part in the Malabar naval exercises.

In the same vein, as a result of India and China’s conflict over the Ladakh-Aksai Chin border in the Himalayan region, the US secretaries of state and defence visited New Delhi to sign a military agreement and send a message to Beijing that America is committed to its allies who are on the front line of China’s aggressive posturing under President Xi Jinping. However, when it comes to trade, the balance continues to be tilted towards China.

The Chinese-led Regional Comprehensive Economic Partnership – which is being negotiated with traditional US allies like Australia, Japan and Singapore – is expected to finally be signed at the upcoming Asean summit. This would signal an important victory for China in its quest for global economic supremacy.

Once signed, the pact will forge the largest free trade bloc in the world, covering about a third of global gross domestic product. Currently, even the Philippines, a long-standing US ally, trades more with China: 18.8 per cent of its trade in the first half of 2019 was with China, while the US accounted for 10.9 per cent.

Yet, Biden is becoming president at a time when China’s authoritarian muscle-flexing in Hong Kong, incarceration of up to 1 million Muslims, and early coronavirus missteps in Wuhan have hurt the Asian giant’s global image. In addition, the Belt and Road Initiative – with deals worth US$64 billion signed during the Belt and Road Forum last year alone – has not quite shaken off concerns about “debt trap diplomacy”.

Partner countries like Pakistan, Mongolia, the Maldives, Djibouti, Kyrgyzstan and Laos are at high risk of debt distress. Even Malaysia’s Mahathir Mohamad, who attended last year’s Belt and Road Forum, has cautioned China against becoming a new colonial power.

All this gives Biden an opportunity to reconnect with old allies and rekindle relationships that may have become dormant. For example, Indonesia, Malaysia and Singapore came together in 2004 and launched the Malacca Straits Patrol, combining their naval and air patrols in the Malacca Strait.

Here, the US could play a lead role in ensuring rules-based navigation and engagement in the Malacca Strait, one of the world’s most important shipping channels through which one-quarter of global trade passes. This would be quite relevant, especially when there is growing concern about China’s expansionist policy and its territorial disputes in the South China Sea with members of the Association of Southeast Asian Nations, including Vietnam, the Philippines and Malaysia.

Meanwhile, the region’s privacy concerns about Chinese apps including TikTok and WeChat present an opportunity for US tech giants like Amazon, Google and Facebook to strengthen their presence in the Asia-Pacific region, which accounts for over two-thirds, or US$2.3 trillion, of global e-commerce.

The US and its allies in Asia could set up an e-commerce framework, opening up a new horizon for the trade of goods and services between the world’s largest economy and its biggest e-commerce market. The CPTPP already contains important liberalising measures to facilitate digital trade and establish a regulatory framework for all things digital in the region.

During his term in office, Obama attended nine out of 12 Apec and US-Asean summits; Trump has attended two of five. Trump’s foreign policy approach towards the Asia-Pacific has been transactional, and he has shown less interest in building long-term economic partnerships and strategic alliances. Biden’s challenge will be to rebuild trust and re-establish the US’ leadership role in the region.

Over his career, which includes terms as US vice-president and chair of the Senate Foreign Relations Committee, Biden has met some 150 leaders from 60 countries. He has the experience and acumen to reboot the relationship with the Asia-Pacific that has never been more important, when the US is facing a serious challenge for dominance from a rising Asian power that is intent on claiming its rightful place on the global stage.

Professor Syed Munir Khasru is chairman of the international think tank, The Institute for Policy, Advocacy, and Governance (IPAG) with a presence in Dhaka, Delhi, Melbourne, Vienna, and Dubai

You are in: Home / Resources / Commentary / After four years of Trump’s ‘America first’, Biden must pivot back to Asia