Developing states will resist U.S. pressure but China cannot take them for granted 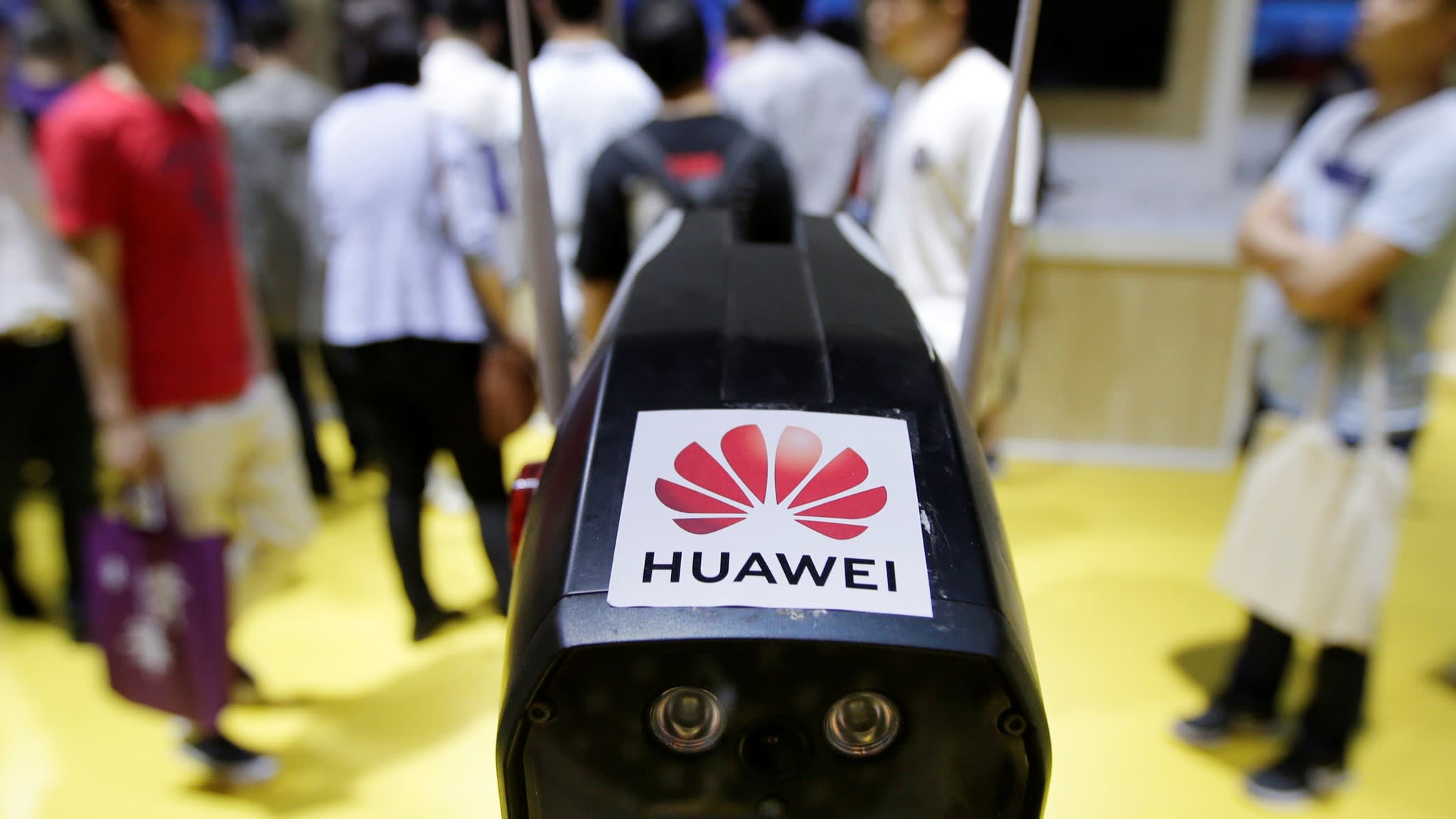 A security robot with Huawei 5G technology: Despite many denials, Huawei has failed to clear the air on security concerns.   © Reuters

As President Donald Trump increases the pressure on Huawei, U.S. warnings over security concerns have convinced Japan and a handful of other high-income countries to follow suit in banning the Chinese telecommunications equipment maker from the sector’s next big challenge — 5G.

But Washington seems to have had little impact on Huawei’s interactions elsewhere in the world — notably among the developing countries of Asia, including long-standing American defense partners such as Thailand.

These nations appear to be putting cost before U.S. complaints about Huawei’s alleged ties with the Chinese state and its intelligence-gathering services. With close geographical, economic and political links to China, they are also balancing their relations with Washington against those with Beijing.

They are right to do so, given the overwhelming priority to lift their people out of poverty. But, as with the Belt and Road Initiative, Beijing should not take their cooperation for granted.

The largest telecommunications manufacturer in the world, Huawei operates in 170 countries, earning $105 billion in 2018, almost as much as Microsoft. The company has already secured 30 5G contracts all over the world as the race for fastest new mobile technology intensifies.

Huawei’s astronomic rise in recent decades is a source of national pride for China. The recent arrest in Canada of Meng Wanzhou, Huawei’s CFO and daughter of the founder, Ren Zhengfei, on an American extradition request has hit a sensitive spot. For Huawei’s partners, including in developing Asia, there is no way of ignoring the political implications of dealing with the company.

Moreover, Huawei is no stranger to security-linked allegations. Since 2010, U.S. intelligence officials have repeatedly alleged that the Chinese government uses Huawei and ZTE, another key telecoms equipment group, as mediums for espionage. These complaints have less to do with Huawei’s internal operations than with its interactions with the Chinese government. Despite many denials, Huawei has failed to clear the air, as Trump’s latest onslaught over 5G shows, including yesterday’s decision by Google to take off few vital apps from Huawei’s operating system.

In 2018 Huawei issued a statement saying it was never asked to share intelligence with the government. It added: “Chinese law does not grant government the authority to compel telecommunications companies to install backdoors or listening devices, or engage in any behavior that might compromise the telecommunications equipment of other nations”

However, China’s 2017 National Intelligence Law takes a decidedly different line, saying “Any organization and citizen shall, in accordance with the law, support, provide assistance, and cooperate in national intelligence work” while the 2014 counter-espionage law states “when the state security organ investigates… and collects relevant evidence, the relevant organizations and individuals shall provide it truthfully and may not refuse.”

Countries in the West and Japan have limited Huawei’s participation in 5G contracts to various degrees. U.S., Japan, Australia, and New Zealand have banned Huawei and other Chinese groups from bidding for 5G equipment contracts. Elsewhere, Canada, Germany, Poland, and UK are imposing restrictions on Huawei while mulling stricter measures if security protocols are not met.

However, in developing Asia, U.S. warnings have largely been ignored.

In Southeast Asia, Thailand, one of U.S.’s oldest allies in Asia, is moving ahead with its 5G Huawei test bed. Globe Telecom, the Philippines’ biggest network operator, stated that concerns over Huawei were overblown and it would continue with a planned 5G rollout. 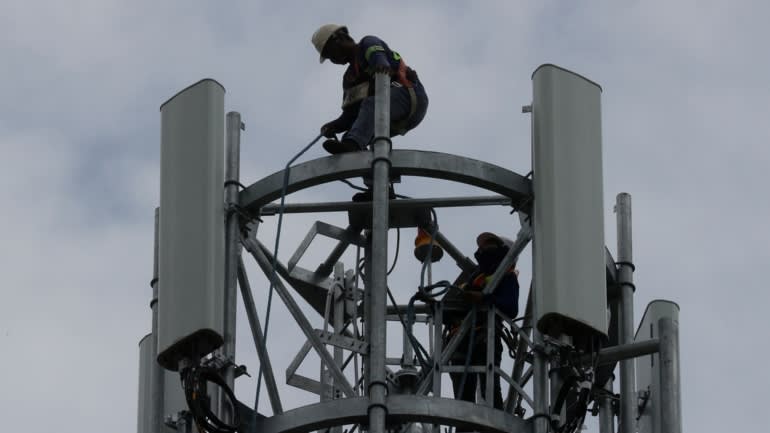 Malaysia, which has deep ties with Huawei and hosts the company’s regional headquarters, has said it would perform security checks, but the initiatives would barely affect Huawei’s interactions in the country. In Middle East, Bahrain plans to move ahead with its 5G rollout in 2019 partly using Huawei technology.

In South Asia, while India mulls Huawei’s involvement in its 5G, the outlook for the Chinese group seems positive, as Huawei has been invited to take part in 5G trials along with rivals, Nokia from Finland, South Korea’s Samsung Electronics and Ericsson, the Swedish group. Bangladesh, Pakistan, and Sri Lanka have all reiterated their support for Huawei, as Chinese investments continue to flow into these countries.

For countries in developing Asia, security is secondary to the cost savings that Huawei offers.

Most countries already have extensive Huawei telecommunications infrastructure in place and it makes economic sense to put in stringent new checks and not outright bans.

Huawei claims to be 12-18 months ahead of competitors in technology, including speed. While competitors dispute this, few argue that the Chinese group’s equipment is second-rate. It clearly offers value for money.

In a region with a huge infrastructure funding gap, it is imperative for poorer countries to source low-cost finance in feasible ways. Chinese companies offer a cost-effective option. It is wiser for developing states not to turn down Chinese proposals but to go ahead with stricter monitoring and control measures.

For Asia’s developing states, security stands secondary to the drive to build infrastructure and raise living standards, as China itself has done.

Also, the concerns raised by U.S. are perhaps more of a worry for U.S. itself as it fights for global hegemony with China, than for Asia’s developing states who have mostly had cordial, reciprocal relations with Beijing. Certainly, few, except possibly India, can realistically consider themselves rivals to the Middle Kingdom.

But Beijing can do much more to help itself in enhancing ties with developing states. Even poor countries resent unfair treatment and do not want to be taken advantage of. The claims that Beijing’s Belt and Road Initiative infrastructure program has forced recipient states to assume excessive debt highlights the point. It would add insult to injury, if such countries now caught Huawei cooperating in spying for Beijing on their territory. China would be the loser, as much as the target country.

While a rigid, authoritarian socio-political structure may have served China well in achieving the economic heights, to be a global leader, including in the developing world, Beijing should respect the sovereign rights of others. Its focus should shift toward building reputation based on good governance and ethical business practices and not on economic or political dominance.

While developing countries in Asia are unlikely to respond to Western security concerns over Huawei, neither the company nor the Chinese government should take Asian cooperation for granted.

The BRI experience shows that even scandals in poor nations can embarrass Beijing. In the long run, for China to develop real global leadership, it needs to complement its economic success with acceptable legal and commercial practices. That should include ensuring the separation of Huawei from the country’s intelligence services.

Syed Munir Khasru is Chairman of The Institute for Policy, Advocacy, and Governance (IPAG), which has a presence in Melbourne, Dubai, Vienna & Dhaka. He can be contacted via e-mail: munir.khasru@ipag.org

You are in: Home / Resources / Commentary / Huawei’s Asian partners right to defy Trump — for now