Reaching out to neighbours 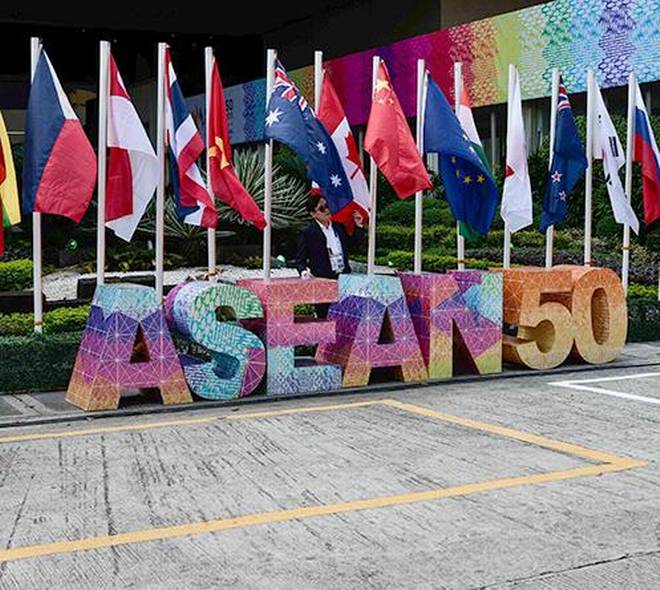 The Association of Southeast Asian Nations (ASEAN) is among the world’s largest regional intergovernmental organisations. Since its inception, the countries in the region have become more integrated through enhanced intraregional trade and connectivity. The South Asian Association for Regional Cooperation (SAARC), geographically proximate to ASEAN, started its journey in 1985 with similar aspirations but over time has failed to deliver. It has been unable to integrate the region through trade and connectivity and continues to be stuck in the quagmire of regional politics and rivalry and stagnates from historical distrust and old animosity.

In its first two decades, ASEAN focussed on a limited range of issues, but over time its mandate expanded and now includes climate change, disaster management, counterterrorism, drugs and human trafficking. ASEAN’s greatest success has been its ability to deftly resolve disputes. In the early years, for instance, its unity was challenged by the Philippines-Malaysia dispute over Sabah, but the founding members found a peaceful mechanism to mitigate opposing claims. In the case of SAARC, political squabbles, deep mistrust and military conflict between India and Pakistan have frustrated regional cooperation. The whole region is suffering from lost potential due to India-Pakistan hostility which hit a new low when India boycotted the 19th SAARC summit as a result of the Uri terrorist attack, with Bangladesh, Afghanistan and Bhutan following suit, eventually resulting in cancellation of the summit.

Trade in ASEAN has grown rapidly and it has focussed on promoting rapid economic growth and modernisation. It has created the Comprehensive Investment Agreement (ACIA), which ensures liberalisation and protection of cross-border investments operations, together with best practices for the treatment of foreign investors and investments. On the other hand, trade amongst the SAARC members stands at 3.5% of their total volume of trade. Initiatives under the South Asian Free Trade Association have failed to make much headway. Subregional initiatives like the Bangladesh-Bhutan-India-Nepal Motor Vehicle Agreement also have stalled.

The Federation of ASEAN Travel Associations (FATA) has called on the ASEAN nations to waive entry requirements amongst the member states. A feasibility study has been conducted on the development of a rail link from Singapore to Kunming in southern China to enhance seamless connectivity among the ASEAN nations to boost intraregional trade and people-to-people connectivity. Projects aimed at promoting the region as a tourist destination have also been undertaken. On the other hand, the SAARC Visa Exemption Scheme only allows certain categories of dignitaries to be exempt from visas, excluding ordinary citizens from accessing unimpeded travel in the region. It is difficult for Indians to enter Pakistan and vice versa. Even citizens of other SAARC countries who have visited either India or Pakistan before and now wish to travel to the other face hassles during visa issuance by either country. And SAARC infrastructural problems plague connectivity.

As the biggest country of SAARC, India is trying to exert leadership by forming subregional initiatives like the Bay of Bengal Initiative for Multi-Sectoral Technical and Economic Cooperation (BIMSTEC). Another objective is to isolate Pakistan. Such attempts to forge sub-regional ties at the cost of jeopardising the regional vision for unity have not been witnessed in ASEAN. When ASEAN was criticised for taking in Myanmar in spite of its military rule, the grouping emphasised the importance of keeping open the channels of communication and engagement as a better means to influence the regime. Bilateral bickering never got in the way of trade and travel.

On the political and economic continuum, ASEAN has behaved pragmatically and sensibly whereas South Asia has been bogged down by bilateral animosity and the bitter legacy of partition. ASEAN members have avoided showing outward hostility against each other and have tried to resolve differences through dialogue, engagement and cooperation. Politicians in SAARC have mostly catered to their domestic constituents without having any broad regional vision, so that it takes years to sign agreements and even more time to implement them. As a regional organisation, while ASEAN has grown from strength to strength. Unless there is a serious and concerted effort by the political leadership of SAARC, led primarily by India and Pakistan, to revitalise the regional body, it will continue to be what it always has been: a utopian idea existing only in summit documents.

You are in: Home / Resources / Commentary / Reaching out to neighbours