The Singapore-China strategic partnership is worth keeping

Mr. Syed Munir Khasru says despite tensions over the South China Sea, the two are continuing their cooperation to spur development, not least through China’s belt and road. A good relationship would serve both countries well 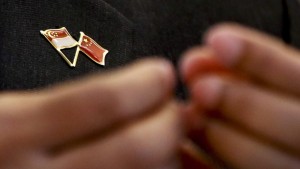 When Singapore announced last month that Chinese Premier Li Keqiang (李克強) will pay a visit to the island nation, the news was widely seen as a sign that tensions between the two countries were easing. Their relations took a dive last year over Singapore’s stance on the South China Sea disputes involving China and some of the other Asean countries.

With the dent in relations, China has started looking more towards countries like Malaysia and the Philippines. And with China building its own training capabilities, dependence on Singapore for capacity building in governance is also waning.

But the ties between the two run deep. As recently as 2015, China and Singapore celebrated the 25th anniversary of their diplomatic ties. And Singapore has played a key role in relations between China and the Association of Southeast Asian Nations.

Although Singaporean Prime Minister Lee Hsien Loong’s absence from the Belt and Road Forum in Beijing in May raised questions, the city state’s deputy prime minister, Teo Chee Hean, emphasised that Singapore will continue to support “China’s peaceful development and constructive engagement in the region”.

In fact, Singapore was one of the first counties to support the Asian Infrastructure Investment Bank and 60 percent of the earlier belt and road projects implemented in Asean countries were financed by Singapore.

In a meeting last week in Hamburg between Xi and Lee, prior to the G20 Summit, the two leaders discussed Singapore’s role in the Belt and Road Initiative, and closer economic ties through an improved free trade agreement.

Singapore is now confronting a reality that has seen the Trans-Pacific Partnership shelved, the US “pivot to Asia” policy revoked, and uncertainty over the impact of the Donald Trump presidency on Asia. With rising Chinese influence, much is at stake for Singapore considering the love lost in recent times.

For both Singapore and China, there is still much value in having a strategic partnership that, in the past, has served them both well.

You are in: Home / Resources / Commentary / The Singapore-China strategic partnership is worth keeping