Why South Asia should engage with the Taleban

Unlike the US, Afghanistan’s neighbours have to find a way of living with the new rulers in Kabul. 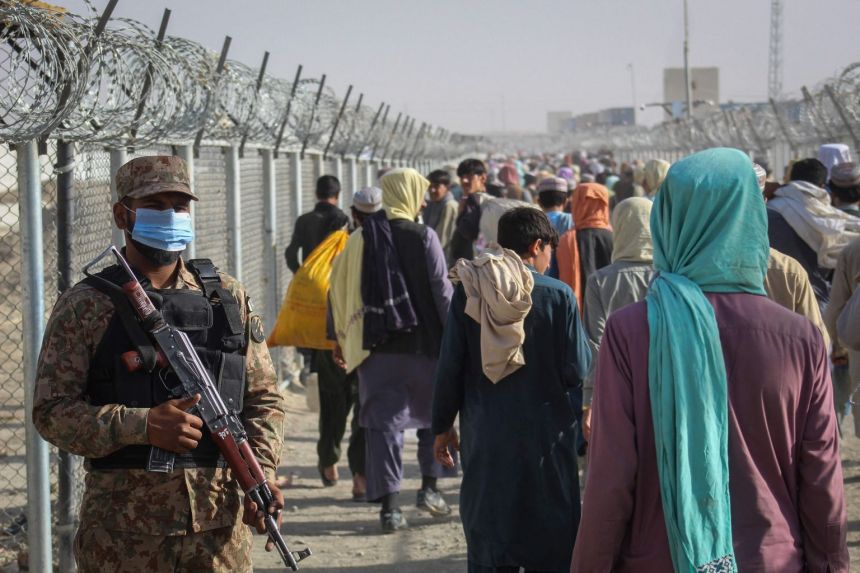 As the Soviets left Afghanistan in 1989, setting the stage for the rise of the Taleban, the world silently witnessed human rights violation in the years that followed. It was only after the 9/11 attacks in 2001 that the Taleban captured the world’s attention, as the United States-led invasion led to the collapse of the regime run by the militant Islamist group.

Fast forward 20 years, the Taleban is back in power. The Americans are able to quit Afghanistan but not its South Asian neighbours. How are they to adjust to the continuing shock waves of the Taleban’s return to power?

India faces the risk of freshly emboldened Pakistan-based insurgency outfits in Kashmir, aggravating militancy and conflict in the state. The reinvigoration of extremist groups, like Lashkar-e-Taiba, could pose renewed threats to the country’s security.

A potential China-Pakistan- Taleban alliance can only add to India’s anxiety. China has extended an olive branch to the Taleban, a prerequisite in protecting its ambitions in the mineral-rich Afghanistan, and for reasons concerning internal security. India’s arch-rival Pakistan too will seek to gain influence in Kabul.

Pakistan has a complicated relationship with the Taleban. While it sheltered elements of the Afghan militant group, it has also paid a heavy price with hundreds of Pakistan Taleban-orchestrated attacks on civilians and security forces. There is no question of Pakistan not engaging with the new rulers in Kabul. Should civil war break out next door, it could cripple Pakistan’s struggling economy.

A boost for South Asian terrorists

The security of other South Asian nations also remains challenged. Bangladesh has been dealing with the rise of radical Islamic nationalism for quite some time.

The Taleban’s growing stature can only inspire local terror outfits such as the Jamaat-ul-Mujahideen Bangladesh, the group responsible for the Holey Artisan Bakery attack in Dhaka in 2016 that led to the deaths of foreigners, including nine Italians and seven Japanese, and one Indian.

Then there is the more than a million Rohingya refugees from Myanmar in Bangladesh, with over 50 per cent of them being young people. Without a home country, job, or education, these youth could be a fertile breeding ground for radicalisation and are susceptible to the kind of influence that Taleban brings to the table.

Sri Lanka, too, is vulnerable as the Taleban victory emboldens groups like the National Thowheeth Jama’ath, an Islamist militant group responsible for the 2019 Easter bombings.

Taleban 2.0 has vowed to stop the production and smuggling of opium, which is the largest contributor of a well-tuned finance engine, and is calling for international help to follow through.

However one judges the sincerity of the pledge, this could open the door to talks – by offering the incentive of economic links to its South Asian neighbours.

For example, India has helped Afghanistan build roads, schools, dams, highways and even its Parliament building with investments of more than US$3 billion (S$4 billion).

Indo-Afghan bilateral trade crossed the US$1 billion mark in 2019-2020. It makes sense for India to initiate political contacts with the Taleban to ensure continuity of its economic interests, as the void is being quickly filled up by its rivals Pakistan and China.

With Afghanistan being the crucial link between the lucrative Central Asian market and South Asia, successful engagement with the Taleban could serve the broader commercial interests of the region, opening up access to Central Asia’s substantial energy and natural resources.

Despite sharing a long history of trade relations, trade between the two regions currently stands at a low of between 0.2 per cent and 4 per cent of total trade to all destinations.

Located in the heart of Eurasia, a peaceful Afghanistan could act as a bridge connecting South Asia with Central Asia through energy resources, while also providing the former with new transit routes to Europe via the regional intergovernmental organisation, the Commonwealth of Independent States.

Successful implementation of these projects will connect energy-rich Central Asia with energy-hungry South Asia. What is more, access to the South Asian market would allow landlocked Central Asia to reduce its trade dependency on China and Russia.

Pakistan has stated its willingness to work with the Taleban towards an “inclusive political settlement” in Afghanistan.

India has so far been missing from the diplomatic scene, resulting in a loss of regional influence in the immediate aftermath of the siege.

However appalling the Taleban’s human rights record, reality dictates that engagement with the Taleban is necessary in efforts to restore stability and peace to the region. Going down this road is no different from the US holding talks with Pyongyang or Asean with Myanmar despite both being considered international pariahs.

One possible platform for this is the South Asian Association for Regional Cooperation (Saarc). While Saarc has been criticised for not living up to its potential, the charter of the grouping, of which Afghanistan is a member, provides for a cooperative security framework for “suppression of terrorism” in the region.

With the interests of all members at stake, including arch-rivals India and Pakistan, this is an opportunity for South Asian nations to sit down with the Taleban and thrash out matters related to regional security.

Dialogue is imperative, either within the existing regional framework or by initiating new channels.

In South Asia’s case, all parties will have to find ways to live and coexist peacefully, as one can change friends, but has to learn to live with neighbours. Isolationist policies and sanctions have not worked in the past, be it for Afghanistan or Iran and Myanmar.

Professor Syed Munir Khasru is chairman of the international think-tank The Institute for Policy, Advocacy, and Governance, with presence in Dhaka, New Delhi, Melbourne, Vienna and Dubai.

You are in: Home / Uncatagories / Why South Asia should engage with the Taleban